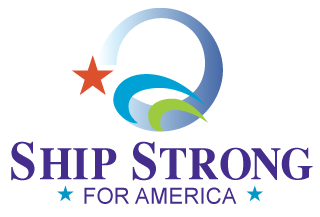 The BP crisis in the Gulf of Mexico and subsequent regulatory changes regarding off shore oil & gas exploration in U.S. waters has cause Alaska to become a hot bed of activity for the American oil & gas industry. In addition, the state’s current energy crisis has driven Alaskan policy makers to enact laws offering significant funding in the form of grants as well as rebates to E & P companies that purchase both offshore and onshore assets and commence drilling.

An energy company seeking to establish an offshore drilling operation in Alaska was raising concern among a group of independent E & P companies with assets in the region, given its history of unscrupulous business practices and the potential for both safety and environmental issues stemming from its lease of a substandard, shallow water rig. M Group was contracted by the group of oil companies to investigate the situation and develop a communications strategy to raise awareness of the potential threat looming. M Group had realized that the “threat” Company had chosen a foreign vessel to move their rig from the Gulf of Mexico to Alaska, a violation of U.S. maritime law. As a result, and to further the goal of best practices within the American independent E & P industry, M Group shifted its goal to bond with the U.S. Maritime industry and use this Jones Act violation as the centerpiece for advocacy. M Group reached out to a small group of shipping interests concerned about the continued erosion of federal protections for U.S. shippers and shipping industry, and created a platform to raise awareness and promote enforcement of the Jones Act.

With the objective gaining regulatory attention and intervention into the violation of U.S. law while gaining ongoing affirmation for the Jones Act, M Group implemented a dual strategy utilizing both public affairs and media relations tactics. Proactive meetings were arranged with strategically targeted Members of Congress to positively position the industry as a whole, while calling attention to the concerns about the offending company’s violations. M Group also mobilized a grassroots effort with some of the U.S. maritime industry’s leading experts to form the industry association “Ship Strong for America,” designed to aggressively promote the interests of the industry, its workers and partners. A comprehensive marketing campaign was designed to support Ship Strong, including a regularly-updated web site, branded materials, a high profile spokesperson and regular media engagements.

To date both goals have been accomplished: the violating company has not been granted the waiver it is seeking, has been diverted indefinitely to a Canadian port and has fired its CEO; and federal officials — both regulatory and elected — have expressed their concern for the safety and viability of the rig in question.